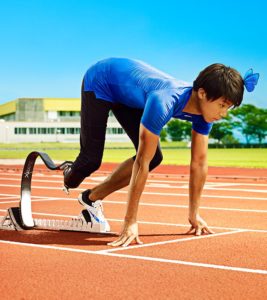 “Intel Inside” translated brilliantly into Japanese as “Interu Haitteru”.  Now Toray, Japan’s largest synthetic fiber manufacturer and another successful Japanese B2B company that nobody has heard of outside of Japan, would like to do the same thing by having “Toray Inside” tags for products containing Toray fibres.  According to Kei Shimabara, Director of the Toray Marketing Planning Office in the Nikkei Style, this collaborative marketing has worked with Boeing’s 787s and UNIQLO’s Heattech clothing, but has not permeated much beyond that.

As Shimabara acknowledges, Toray is not a well known brand outside of Japan and this needs to be worked on in order to expand Toray’s business overseas.  Shimabara sees Toray’s marketing as inseparable from sales – there is not a separate marketing department for each business unit at Toray.  Sales representatives are also supposed to be marketers.

The supply chains are long in Toray’s businesses, and start with Toray’s textile fibres and resins – with many B2Bs before reaching the C(onsumer).  They have several plants across Europe, some making luxury car interior fabrics, some making carbon fibre for the blades of wind turbines.  In the UK their factory weaves polyester and nylon fabrics for fashion, industrial and medical uses.  Europe is bundled together with “North America and other areas” in the annual report – representing around 16.6% of revenues – the same proportion as China and “other Asian” markets, with Japan making up the other half.

Presumably North America and Europe are combined as a result of the legacy of Toray acquiring American company Zoltek in 2014, and with it some production in Europe. This acquisition will make it even more critical that employees as well as customers understand what Toray stands for. Shimabara says he is bringing together company wide project teams, including HR and PR to work on this.  “Digital marketing is going to be a powerful tool” says Shimabara, “but, embarassingly, I have not touched it up until now, so have just started studying it.”

The Toray website has some nice TV ad videos, with the theme of a blue butterfly and “Materials can change our lives” but the current annual report has the rather generic “Toray Way” on its cover, and uses a corporate mission statement that I have seen in many, many other Japanese technology companies of “Contributing to society through the creation of new value with innovative ideas, technologies and products”. It looks like Mr Shimabara has his work cut out to cut through.