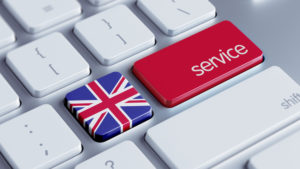 The Top 30 represent more than half the employment (140,000) commonly attributed to Japanese companies in the UK.  Two thirds of them have built upon major acquisitions.  The most notable entrant into the Top 30 in 2016 was SoftBank after its acquisition of ARM.  Acquisitions also accounted for the rapid growth in 2015/6 of Dentsu and of the MS&AD insurance group, who bought Amlin and Insure the Box.

The main new entrant for 2017 will be Sumitomo Rubber, who completed their acquisition of Micheldever, the UK based tyre suppliers, in February 2017.

But this is not enough to counterbalance the shrinking of Japanese service sector companies in 2017 – namely Fujitsu, Nomura, Fast Retailing (Uniqlo) and Yusen Logistics, part of the NYK Group.  SoftBank made good on their promise to increase their UK workforce, and automotive manufacturers such as Yazaki and Calsonic Kansei expanded in 2017, but Toyota cut back their workforce.

We won’t know the full picture for 2017 until mid 2018 and it’s hard to speculate whether any of this is Brexit related, or more to do with a long term regional re-balancing and restructuring, where multinationals integrate their back offices in the region into lower cost locations, and at the same time the management layer becomes more evenly dispersed, as teams become virtual, and move according to where key customers are based.

The ranking for 2016 is below.  For more detail on trends over the three years from 2015-2017 and how the numbers relate to global and European totals, as well as the history of Japanese M&A in the UK, please contact Pernille Rudlin (pernille

com) for details of customised reports.