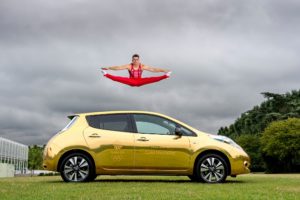 I’m guessing that Yusuke Shinagawa of Nissan’s HR department used it somewhat provocatively in a recent interview with Nikkei Business, as Nissan – with its alliance with Renault, and famous Brazilian-Lebanese-French President Carlos Ghosn – is viewed as somewhat less Japanese in spirit than say, Toyota.

“Our headquarters in Yokohama is very global”, says Shinagawa, “so we want to hire wakon tasai people who are highly specialised and show leadership”, he says.  “If you don’t have proper professional expertise, you cannot convincingly explain your point of view to people from other countries.”  I think he might be on to something here, as it is true that the traditional Japanese generalist track for graduate hires does provoke confusion amongst Europeans who cannot understand why they should respect a boss who is, say, the Chief Financial Officer, and yet is not a CPA or equivalent.

Also, it’s true that a specialist knowledge, and its attendant specialist vocabulary, can overcome linguistic barriers.  I once saw a strong friendship form between a German automotive engineer who spoke no Japanese and a Japanese automotive engineer who spoke no German (and neither were that good at English either), simply on the basis that they were both passionate about the same area of research in their field.

“What I mean by “wakon” is that a strength of Japan is that we will proactively pursue something to the end, and keep close relationships with the rest of the team.”  “Working overseas in a diverse environment means that you have to act on data and reality.  This is kind logical approach is what we call “Diverse techniques/tasai“.

“Whereas in the 1970s our overseas sales were around half of our business, now they are around 90%”. Our customers are the Nissan group itself and our overseas operations.  The demand on us is to set a strategy in a complex organisation and environment.  This is our big difference with Toyota or Honda, is the level of globalization and diversity.”

“Of course to some extent you cannot be a specialist except through real life experience.  So we ask people in interviews what attitude they took to learning, and whether they can explain what they learned.  We interviewed someone who had studied architecture, which may seem unrelated to the automotive industry, but he told us that there were similarities, because it was about setting up the structure efficiently in order to get the maximum functionality.  We like people who have this wide perspective and flexible thinking”.

“We expect people to have over 730 in their TOEIC score for English.  If there is someone with a strong science background, we can accept over 600.  But English is a must for working at Nissan.  If you have the basics when you enter, you can develop further as you work.”

“However it is wrong to imagine that you will be sent to work overseas immediately after you join.  We have plenty of good people locally.  It’s not language ability but whether you have the appropriate competency that determines whether you are sent abroad.”