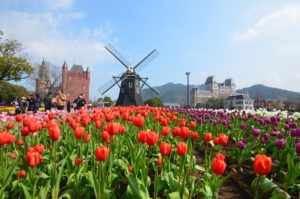 Japanese companies demand too much perfection

o, senior manager at Microsoft in Singapore, sports what is known in Japanese as the ‘Regent style’ hairdo – apparently named after Regent Street in London, but usually known in the UK as a DA.  He is photographed with his quiff, leather jacket and sunglasses for a recent interview with Diamond Online.  He has written various articles for the magazine, including one entitled ‘60% is good enough’.  The impact of Microsoft on his thinking is clear, in the way he recommends Japanese companies also adopt the “patch” mentality he saw in software development.  “Aim for what is feasible, not the best”, was his lesson from his time working for Accenture in the USA.

He echoes a point I often make in my seminars about the Japanese pursuit of perfectionism, which is that the 80/20 rule kicks in when it comes to costs of making an effort.  It can take 80% of effort, resources and time to achieve the final 10 or 20% to reach 100% perfection.

This might work in Japan where it is normal to work through the night to achieve “the best” but of course this kind of behaviour is not so well accepted outside of Japan.  As Okada says, in some cultures a person who works late is regarded as someone who is not self disciplined.  “They have a much stronger sense of priorities than the Japanese do.”

“Japanese are lacking individual ‘core values’.  At Microsoft we have 6 core values upon which we base our daily work.  They are ‘Willingness to take on big challenges’,’Integrity’, ‘Openness’, ‘Constructive self criticism’, ‘Accountability’ and ‘Passion’.”  Akiyama Susumu, the interviewer and President of Principle Consulting Group responds that it helps to define your own core values if you interact with people who are different to you.

As for being able to speak English, Okada believes it’s not enough by itself – an open and forward looking mindset is needed.  “You need to be interested in the other person, and be prepared to engage in discussion.”  Akiyama says it’s tempting to become silent if someone else in the meeting speaks better English than you do”.  Okada responds that he got over his own English complex when his boss said “you already speak English.  What’s important is knowing what you want to say, and how you want to progress the discussion.”  Okada’s recommendation, to those who are not confident about their English is to get to a meeting 10 minutes early and greet the other participants as they arrive with “nice to meet you!” or “Good morning!” – that way you get warmed up for communicating and also you ensure that you have a presence at the meeting.

Even in teleconferences he recommends getting a question in early like “when can I expect to finish this meeting?” as a warm up, otherwise you end up not saying anything.  For presentations he uses physical warm ups like a few squat thrusts and also practicing his “Rs”.

Another tip for meetings is to get near the whiteboard and offer to write up the agenda and minutes on it.  “That way you look intelligent and hardworking!”

He also recommends saying “Let me finish” and using your hands to signal this.  “Japanese tend to preface their requests too much”.

He finishes by saying that Japanese companies don’t have a very good image in Singapore as employers, and this has an effect on the brand too.  Japanese employers are seen as only promoting Japanese people, and demanding a lot of unpaid overtime.  Products have too many unnecessary features which only appeal to Japanese, rather as Japanese companies unthinkingly promote uniquely Japanese ways of working – such as chourei  (daily morning team meetings).  There is not one Japanese company in the Singapore Top 100 employers chosen by students.