Mitsubishi Corporation – a microcosm of the challenges facing Japanese business 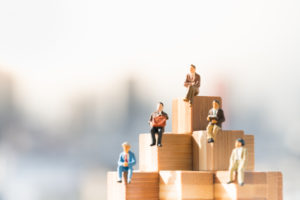 Part one of the Nikkei series deals with the digital revolution and how it might disintermediate middlemen like Mitsubishi Corp. It notes that Mitsubishi Corp is likely to announce a record profit for 2018/9, but calls Mitsubishi Corp’s legacy a “heavy burden” in trying to find a new digital way to do business.

It looks at how young Mitsubishi employees are scouring Shanghai and Guangzhou for new technologies in convenience stores that they can bring back to Japan.  Mitsubishi Corporation turned Lawson, a convenience store chain in Japan, into a fully owned subsidiary in 2017, partly in response to the losses made on its traditional commodities trading business. But convenience stores themselves are now being threatened by Amazon and China’s Alibaba.

In the mid term plan announced last autumn, Mitsubishi Corp set up a special cross-company structure to look at communications and data [pretty sure we had something like that when I worked there 25 years’ ago, but anyway] and appointed an executive from the energy division (one of the traditional powerful factions at Mitsubishi Corp) as Chief Digital Officer.  “Other trading companies are not our competitors any more” says a senior Mitsubishi Corp executive.  Instead they are looking at SoftBank, who have double the profit and double the share price of Mitsubishi Corporation – a reverse of 10 years’ ago.

The concern, as with so many older Japanese companies, is the speed of change. President Kakiuchi syas he wants to decide within 3 years how to participate in the digital economy – but is that fast enough, the Nikkei asks.

President Kakiuchi says Mitsubishi Corporation’s relations with other Mitsubishi companies are “no different from with normal independent companies” and has been reducing cross shareholdings.

“I didn’t want to feel regret” said a young employee in his twenties, who left Mitsubishi Corporation after a few years, to join an IT company, citing the difference in the speed of decision making between the two companies.  Mitsubishi Corporation has always been one of the favourites for the elite graduates of Japan, but recently it has dropped in the popularity rankings for Tokyo and Kyoto University graduates, losing out to foreign consultancies like McKinsey.

Graduates who want to make a difference quickly are avoiding trading companies, experts say. One reason is the continuing seniority based promotion system. It took around 20 years to become a general manager until recently, but now Mitsubishi Corporation has reformed its personnel system for the first time in 20 years, to allow capable employees to take on responsibility regardless of age.  Performance based systems and evaluations have been introduced at certain management grades, setting compensation on complexity of the job role and results. Young employees are polishing their management skills with overseas postings.

The Nikkei cites the example of a 33 year old employee posted to the Cote D’Ivoire, who started a solar panel energy project. A Tsukumo Fund has also been set up, to invest up to Y500m in any ideas that employees have which pass certain criteria, even if they don’t have their boss’s approval.

This last point is key to me – it was always possible to have a lot of autonomy, become a manager overseas at a young age and start new projects at Mitsubishi Corporation if you were capable enough, but you needed your manager and the rest of the hierachy’s support – and that took a lot of time.

As the Nikkei says, Mitsubishi Corporation is a microcosm of the Japanese business world. The lifetime employment, seniority based promotion system worked well in the post war era, but now with an ageing, shrinking workforce, companies have to become more flexible to attract young people and encourage innovation.

Mitsubishi Motors & Nissan – Is Ghosn prepared to try to nail jelly to the wall?

There’s some diamonds in there

It’s generally perceived in Japan that the Mitsubishi keiretsu has been the most cohesive and robust of all the keiretsu (Mitsui, Sumitomo, Fuyo being the other main ones) but as you might imagine, the current Mitsubishi Motors fuel economy data manipulation scandal has put this to the test.

According to Nikkei Business magazine (April 22nd edition, not available online), the cracks are appearing.  Whereas in the previous Mitsubishi Motors crises (recalls for various defects in the 2000s) Mitsubishi Heavy, Mitsubishi Corporation and Bank of Tokyo Mitsubishi UFJ all stepped in and financial support came from Tokio Marine, Mitsubishi Electric and Mitsubishi Materials as well, this time seems different.

Even now, having been hit by the commodity price slump, the automotive sector remains an important profit generator for Mitsubishi Corporation as it is involved in the sale and financing of vehicles in Asia and Europe as well as engine manufacture.  Mitsubishi Corporation also seconds quite a few employees to Mitsubishi Motors, including the current Chairman and CEO Osamu Masuko.

Other Mitsubishi companies do not have such ties.  Even though Mitsubishi Chemical Holdings supplies products to the automotive sector, its main customers are Toyota and Nissan.  Mitsubishi Paper also said “we are busy with our own affairs”.

It’s not just about whether the companies have business together, points out the Nikkei.  It’s also an issue of corporate governance.  The Mitsubishi UFJ Financial Group has been reducing cross shareholdings, where appropriate.  Mitsubishi Corporation is also checking shareholdings regularly for rationale and yield and disposing of them as necessary.  Presumably it is hard to justify “Protecting the Three Diamonds” as the sole reason for support, to external directors and shareholders.

The Nikkei sees this as a chance for the Mitsubishi group to embark on a delayed restructure [the article was written before Nissan stepped in to acquire a 34% share].  In previous restructurings, there was a discussion about selling off the largely domestic ‘mini-car’ business, so this might be finally realised.

A more recent article in the Nikkei Asian Review points out that a key question is whether Nissan’s CEO Carlos Ghosn’s aggressive brand of reform will suit the corporate culture at Mitsubishi Motors “where change is not exactly a buzzword”.  The question I have is what the corporate culture of Mitsubishi Motors actually is, other than a reluctance to change.  The lack of a clear definition of values and vision may indeed be one of the causes of the repeated scandals.  There are the Mitsubishi Three Principles, but not all Mitsubishi companies showcase them, and they lack the strong philosophy and toolkit of something like the Toyota Way.

Along with my official book on Mitsubishi in London I wrote a further unpublishable chapter, called “The Vague Company”.  It talked about the benefits and difficulties of having a vague, unspoken corporate culture.  Employees can enjoy the sense of being treated like adults, to work out for themselves what the right “way” is, but it makes global expansion – particularly post-merger integration – highly frustrating, when new, hybrid cultures need to develop. As one frustrated American employee at another Mitsubishi group company said to me the other day “I can’t get a handle on what the Mitsubishi Way is”. It is, as we say in British English, like trying to nail jelly to a wall.  I suspect Ghosn may quickly tire of this and use his hammer in more brutally effective ways.

For more on Mitsubishi corporate culture, I have gathered some resources on Pinterest here