by Pernille Rudlin in negotiation 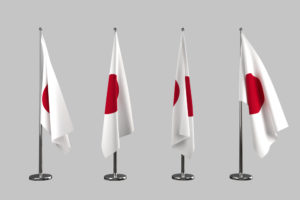 Maybe in these highly globalised times it is OK to rock up  to any country with a fantastic product or service, good command of English and a well thumbed copy of Getting to Yes, but I somehow doubt it, especially when it comes to negotiating at government level.

I attended a talk by the new Japanese Ambassador to the UK, H.E. Mr Koji Tsuruoka earlier this week.  He gave a detailed explanation of his most recent role, as chief negotiator in the Trans Pacific Partnership (TPP, not to be confused with TTIP) talks.  These started in 2010 between the 8 countries of New Zealand, Singapore, Chile, Brunei, USA, Australia, Peru and Vietnam and were finally concluded (but not yet ratified by any participant countries) in February 2016 between 12 countries, Japan having joined in 2013, along with Malaysia (2011) and Mexico and Canada (2012).

The 12 countries represent 40% of world GDP (US and Japan being the main) and 10% of the world’s population.  A consequence of the treaty will be the percentage of Japan’s trade covered by Free Trade Agreements increasing from 22.3% to 37.2% (higher than the EU).  Areas covered were not just tariffs but also liberalisation of services and investment, Intellectual Property, electronic commerce and government sector business.

1. Be clear from the start about non-negotiables

For Japan the most contentious area was agricultural products.  Although most participating countries reached nearly 100% removal of tariffs on agricultural products, Japan refused to liberalise its “Five Sacred Product Categories” of rice, wheat, beef and pork, dairy products, and sugar, so only reached around 85%. Tsuruoka said Japan was able to do this, despite coming late to the negotiations, by saying loudly and clearly, from the beginning, that these were “non negotiable”.

A team of 300-400 Japanese negotiators then visited each country repeatedly, patiently going through item by item each country’s individual requests.  Japan showed that it would not give up – after each defeat, it would pick itself up and start again, but always politely and respectfully.

Tsuruoka said being “seijitsu” – sincere or honest, was the key point.  He also mentioned humility and “kenmei” – wisdom or prudence – as being specifically Japanese characteristics which came in useful.

What are the lessons for the UK as it faces rounds of trade negotiations?  Firstly, multilateral free trade agreements take time.  TPP took 6 years, and  has still not been ratified by any country.  This is a problem for post Brexit negotiations, not only because of the uncertainty it would cause for investors in the UK in the meantime but also because global markets are so fast moving.  Agreements that would have made sense years ago for specific products or services are outdated by the time they are ratified.

Get comfortable with uncertainty

It’s sometimes said that the traditional Japanese “awase” (adjusting style) of negotiation is better in this situation than the more American “erabi” (selecting style) – where you can adjust to an ever changing environment rather than turn up with a game plan, and expect both sides to make choices leading to a desired goal.  But this may not be acceptable if you are trying to avoid uncertainty and ambiguity. You can already spot American trade negotiators advising that the UK needs to put all its cards on the table – tough when the UK still isn’t sure what hand it has been dealt – by itself or by the EU.

So would it be better to go for quicker bilateral agreements?  That seems to be the wish of the British politicians heading up negotiations – but would any counterpart countries be willing to give up time to do this, when they are still negotiating these multilateral agreements – Japan-EU and TTIP most obviously springing to mind – and no clarity on what the UK will agree with the EU?  And would the UK really be able to get any better a bilateral deal than these multilateral deals anyway?

Secondly – not an original point I know – but think for a minute about how a fresh, new, bright-eyed and bushy tailed but completely inexperienced bunch of Brits would fare, coming up against 300-400 experienced Japanese trade negotiators who already know what their non-negotiables are and are masters of “polite persistence”.

As to why the UK should care about Japan in terms of Brexit and trade negotiations, and vice versa, 16% of Japanese exports to the EU go to the UK, and 45% of its investment in the EU is in the UK.  The UK’s biggest export to Japan is services – the 4th biggest UK balance of trade surplus after EU, USA  and Switzerland.  Further evidence, I would argue, that this is not going to be a negotiation about tariffs on wool and tea, rather UK’s role within Europe as a service provider to Japanese companies invested there.

Tsuruoka was kind enough to say that he agrees that the UK needs time to prepare before triggering Article 50, and that it would be irresponsible to trigger it “just to see what happens”.  He also said that Japanese companies should make constructive proposals, and not just be negative and complain about Brexit.  The other Japanese people on my table did indeed mention how surprised they were by their British colleagues’ ability to bounce back quickly, see the positive side of Brexit and start looking for business opportunities.  My response was “what other choice do we have?”