Calsonic Kansei – moving from “how” to “what” 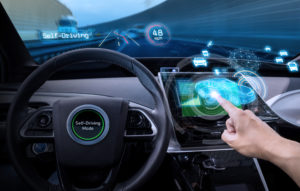 American private equity companies such as Bain and KKR have been active in Japan recently, making me wonder whether the companies they acquire should no longer be classified as “Japanese”. Bain are about to take on WPP’s stake of Japanese ad agency ADK and led the consortium which acquired Toshiba’s chip business. KKR recently completed its acquisition of Calsonic Kansei from Nissan and two businesses from Hitachi (power tools and chip making).

The members of the Bain and KKR teams that undertook the acquisitions are mostly Japanese nationals, but a recent article 院Nikkei Business about how Calsonic Kansei is developing since the acquisition shows that they are trying to inject a more Anglo Saxon way of thinking.  When it was still under the Nissan umbrella, its main focus was how to respond to Nissan’s requests.  “Now, it is not ‘how’ but ‘what’ that is important ” says Kazuhiro Sato, in charge of product planning.

Calsonic Kansei is aiming to raise its non-Nissan customer base from 20% to 30% and is hoping to do this through developing new technologies for electric vehicles, such as air conditioning – building on its experience of developing components for Nissan’s Leaf.

Calsonic Kansei have around 2000 employees in Europe, the bulk of which are in the UK (making it #18 in our Top 30 Japanese UK employers), where there are two factories resulting from the acquisition of Llanelli Radiators in 1989 and Marley Foam in Sunderland – it also has factories in Romania and Spain.

Calsonic Kansei is the result of a domestic merger of Calsonic (air conditioning) and Kansei (display meters) in 2000, the year after Carlos Ghosn took over at Nissan and declared that only 4 of the 1394 companies that Nissan had shares in were “indispensable”.  Which the 4 companies were was not clear, but Calsonic and Kansei were not among them.

Calsonic Kansei fought back by adopting the “cockpit module” concept which had become popular in Europe, to the extent that they even installed production lines for it in Nissan factories.  Nissan then increased its share in Calsonic Kansei in 2005.

However Ghosn continued with his open procurement policy and it became clear to Calsonic Kansei too that becoming too dependent on one customer was not healthy or conducive to high growth.  When the capital alliance with Mitsubishi Motors was formed in 2016, Ghosn also talked to Roberts and Kravitz at KKR about selling Nissan’s share in Calsonic Kansei.

Calsonic Kansei might still be swallowed up in further industry restructuring.  It is several orders of magnitude smaller than giants such as Bosch or Denso.

Calsonic Kansei’s president Hiroshi Moriya says although there was anxiety at first when KKR became the new owners, since then as sales to Nissan have not decreased and KKR is helping the company to find new people to build relations with overseas customers, employee motivation has improved and they are looking for new ways to revitalize the organisation, such as joint project teams between Japanese and non-Japanese engineers.  “It is important not to fear failure and to be ambitious.  What is important is speed.  I keep telling everyone in the company that mistakes can be fixed.”

Why work for a Japanese company? (#1) Corporate Social Responsibility

For most Japanese companies, despite recent changes to corporate governance and the occasional scandal, the main motivation is the long term survival of the firm, not shareholder value maximisation.

Obviously you have to make some money to invest back into the company to survive, but above all longevity means being a good citizen in the environment and communities you operate in. There are some exceptions to this of course, but by and large, Japanese companies are pretty sincere about corporate social responsibility, to the point where I used to joke when I worked in corporate communications in a Japanese IT company, that if we didn’t watch out, our mission statement would be identical to every other Japanese technology company’s mission statement as it could be summarised as “contributing to society through innovation”.

So if you are looking to work for a company that will be supportive of your wish to make a positive contribution to society, then you may find Japanese companies congenial places to work.

Some are more active in CSR than others, so when Toyo Keizai has published its latest rankings by industry, we matched these to our Top 30 Europe, UK and Germany largest Japanese employers rankings and put them in rank order as below.

As Toyo Keizai points out, it is easier for manufacturers to score highly in their CSR rankings, which is why they dominate the top 50 overall, and also why Toyo Keizai publishes rankings by industry, to ensure like for like comparisons are made.  Banking and financial services are not included in their analysis. Toyo Keizai explains its scoring system (in Japanese) here.  It has around 150 criteria, across the categories of diversity (gender, age, disability), environment, corporate governance and social contribution.

It will be interesting to see how far Ghosn’s well documented ruthlessness and unsentimentality which he demonstrated in turning around Nissan in Japan will come to the fore in next month’s decision about where to invest for the new Qashqai, because really, to Nissan, the UK is not as important as a market or a manufacturing base as the UK might like to think.  Plus, Ghosn has now got Mitsubishi Motors to worry about as well.

Here’s some figures to illustrate:

From the UK perspective:

And of course there’s the supply chain and the jobs it provides – the UK car industry likes to say it supports around 800,000 jobs.

Calsonic Kansei is a supplier to Nissan, and is also in our Top 30 Japanese companies in the UK, employing over 1300 people – with factories in Llanelli and Sunderland – and Spain.  Nissan has a substantial stake in Calsonic Kansei, but the cosy mutually supportive supply chains of 20 years’ ago have long disappeared, thanks in part to Ghosn.  So it’s not hard to see Calsonic Kansei and others responding as quickly as they can to any shifts in location of demand.

It’s legendary in Japan that when a Nissan employee went to Ghosn to beg him not to axe one of the suppliers totally dependent on Nissan because it was headed up by a member of their own family, Ghosn responded “which is it to be?  That Nissan collapses or your uncle’s company collapses?”

For how complex and tough life is these days in the global automotive supply chain, this comment in the Financial Times recently was very revealing:

Carlos Ghosn is “reassured” by Theresa May saying that the British government would be “extremely cautious” in maintaining  Nissan’s Sunderland UK factory’s competitiveness.  But he may nonetheless think some rebalancing is in order.