by Pernille Rudlin in Japanese business in Europe, negotiation 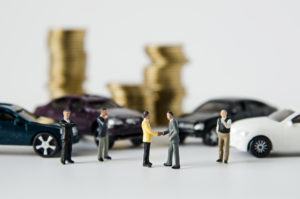 g down the Swindon UK factory was not the only announcement Honda made in February 2019.  They are ceasing production of Civics in Turkey, merging their motorbike production in Brazil, bringing R&D for motorbikes in-house and also making some unusual appointments at the executive level.

Diamond magazine says this is Honda entering the final “mop up” phase now that Takahiro Hachigo is entering his fifth year as President. Japanese Presidents usually stay in post for six years, so this is Hachigo’s end game for revising the global expansion strategy of his predecessor, Takanobu Ito. In particular he  has been focusing on removing excess production capacity, trying to improve profitability and putting a strategy in place for a “post Hachigo” structure, which will enable Honda to survive in an era of huge change for the car industry.

The uncertain future brought about by Brexit was one factor, Diamond magazine says, but more than that, it was the poor performance of the European business within Honda’s “6 region global structure”.  Honda only has 1% or less of the European market share. The Japan-EU EPA in force from February gave further impetus to the decision.

Honda started engine production in the UK in 1985, whole cars from 1992 and then in 2001, designated as the European production base, production capacity was increased to 250,000 vehicles a year.  However production in 2018 was only 160,000 vehicles, of which 55% was for the US market.  The gap between capacity and demand in Europe meant profitability was weakening.

It seems that Honda is looking to change course, to a tripartite structure of manufacturing in North America, China and Japan as it enters the electric vehicle era.  Takanobu Ito had been aiming for sales of 6 million cars globally, but was hit by quality problems, having to recall the Fit model and the Takata airbags issue, leading to a drop in sales and excess production capacity.

Hachigo began a review of the global production structure in October 2017, deciding to close the Seyama factory in Japan by 2021.  Hachigo says that this review will mean that the current global capacity of 5.4 million vehicles, at 97% utilization will by 2021 become 5.1 million vehicle capacity, at over 100% utilization.  It is expected that Honda’s annual results will show an increase in earnings but a decrease in profit. The operating profit for 4 wheel vehicles is stuck at around 4% and recent results have shown that the profitability of motorbike sales are propping up the company.

Motorbikes and personnel changes too

This is why Honda has announced that from April, instead of sales, production, development and purchasing for 2 wheeler business all being independent from each other, they will be brought together. In particular, Honda’s unusual structure, dating back to Honda’s founder, Soichiro Honda, of having R&D as a separate company, will cease for the motorcycle side.

To speed up the return to profitability for the 4 wheel business, COO and EVP Seiji Kuraishi will be appointed as head of 4 wheel vehicles, which will be reorganised from the 6 region global structure to a “Number 1” Sales division (North America, Europe, China) and a “Number 2” sales division (South America, Asia, Australasia, Africa, Middle East).

A new Mobility Service business unit and Connected business unit will be set up, to respond to “MaaS” (Mobility as a Service). Honda’s power products business will look at how to add value in “mobility” and “lifestyle” and be renamed as the “Life Creation” unit. Honda R&D will focus on new technology development to support these new units.

I’ve been asked to give some advice  by BBC Radio Wiltshire (Wiltshire being where the Honda UK factory is based) this coming Monday morning (25th February 2019) to a delegation from Honda UK who are going to Japan to make their case.  This may be a “grandmother egg sucking” situation, but my advice will be:

If possible, get any documentation you are going to present translated into Japanese.  If not (and in any case) put as much of it in a visual, graphical format as possible. Send material in advance, to give Honda Japan time to read, digest and discuss.  Otherwise you will just be politely received, but no outcome.

Contact as many people as you can in Honda Japan, informally, to get their advice and input, and steer you towards what Honda Japan’s interests might be.  I hope this blog post helps, and there are a couple of other blog posts I have written that might be useful.

Try not to focus too much on guilt-tripping about the jobs being lost, or proving how manufacturing Civics in the UK could be profitable. That ship has already sailed, and with Brexit outcomes no clearer, and trust destroyed in anything British politicians might promise, it won’t be credible.

There needs to be a process to rebuild trust in the UK – the best you might be able to get is a timeline and mechanism for reviewing the situation over the coming years, as Brexit unfolds, and Honda itself develops new technology.  Even then, automotive manufacturing for the European market has been moving eastwards, and also to North Africa. UK Honda workers may need to offer to be open to relocating to any new factory.

There might be a story about developing and manufacturing new electric vehicle models for the European market.  Hachigo has said that he sees Europe as the heart of global car culture.  The future for Swindon might be rather like Sony in Pencoed – moving away from mass market production to high end, high value add – it won’t employ as many people, but at least some jobs could be saved.