Why people from Osaka like their bread really thick sliced

by Pernille Rudlin in Corporate culture 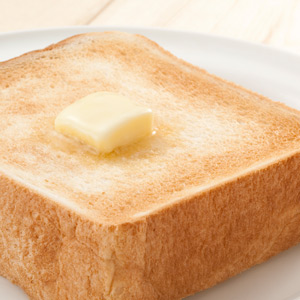 I’ve blogged before about the importance of knowing the regional differences in Japan, particularly the rivalry between Tokyo/Kanto region and Osaka (the second largest metropolitan area) and other cities in the Kansai region, if you want to understand the corporate culture of a Japanese company.  This is a translation and precis of a recent Diamond Online article by Yuki Takahashi,  which further explains the Osaka culture, using variations on the untranslatable Japanese word 濃い(koi) – which can mean “strong”, “thick”, “close”, “deep”, “dense”, “dark”:

As Takahashi says, Japanese people think they know Osaka, because so many of the celebrities on TV come from the city.  Yet, according to one Japanese woman  “it’s kind of scary” – and she says when she goes to Osaka on a business trip, she prefers to stay in nearby Kyoto.

One man in his 30s said when he was running a cafe for a chain, customers were always sticking their noses into conversations, wanting to know what your birthday was and what you liked.  “Next thing I knew, they’d brought me some cheese for my birthday.  When they go on holiday there were even customers who’d bring souvenirs back for the cafe”.  Another Osaka man says “it’s the kind of place where if you’re having a drink at the bar, some old granny you’ve never met will start a conversation with you”.

Osaka has the lowest suicide rate in Japan

People who are not from Osaka just crumple into embarassed silence when Osaka shop assistants say things like “here’s your million yen change!”, whereas Osaka people will snap right back with a joke.

Osaka is famous for its takoyaki (octopus balls) and okonomiyaki (savoury pancake) but according to Yuki Takahashi, curry is the iconic food.  It arrived first in Osaka, in the 19th century, and Osaka people loved to make a thick strong curry “roux” to go with Japanese rice.  Vermont Curry, one of the most famous curry roux brands, comes from Osaka.

…and its bread is too

Japanese like to eat something called “shokupan” – literally “eating bread” –  a thick cut soft white bread, particularly toasted for breakfast.  But apparently a standard shokupan loaf is cut into 4 slices for the Kansai region, increasing to 6 slices on average across the country and as many as 8 slices north of the Kanto region.

Osaka is now trying to lure its sons and daughters back, from Tokyo, promising a better lifestyle – shorter working hours and less commuting, as it is more possible to live in central Osaka than in Tokyo.   I used to live in the Kansai area myself, between Osaka and Kobe, and I have to admit, I still find Osaka a bit scarily “in your face”, and if I were to live in Japan again, would choose the more cosmopolitan and laid back Kobe.