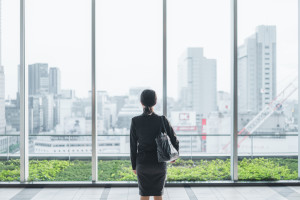 David Atkinson, a former Goldman Sachs Japan partner who now runs Konishi Decorative Arts & Crafts in Tokyo, regularly features in the Japanese media, most recently in an article in the Toyo Keizai about why Japanese women’s productivity is so low.  He argued that the usual reason given, that women are poorly paid because they are in part time, temporary or short term contract jobs is simply pointing to the effect rather than the cause of low productivity.  Women’s low rates of pay reflects their low productivity.  This is because women are not given high value added work to do and their potential is poorly evaluated.  He argues that Japanese women’s productivity needs to improve because

1) they receive as much welfare as men do, so should contribute equally to the funding of that welfare

2) a declining population means those in work need to be as productive as possible to support the increasingly elderly, non-working population

3) Japan’s resistance to immigration as a means of increasing the working population means that the only alternatives are either to cut welfare or increase productivity.

The journalist who interviewed Atkinson, Renge Jibu, in a follow up article, recommended the 4 following actions for Japanese management: