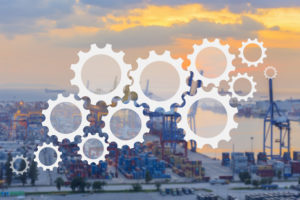 The report on Sky News about the Dutch government advising Dutch companies not to use British made parts in goods for export before Brexit spurred me to do some more analysis into the impact this kind of advice might have on Japanese automotive suppliers based in the UK. In fact I even stayed up until 1am last night doing it – I’m that obsessed.

The results of tweaking my database of Japanese companies in Europe reveal that there are around 40 Japanese automotive suppliers in the UK who have production facilities in the UK.  They range from solder suppliers to paint production to car seat manufacturers, from 7 to over 1000 employees, employing around 13,600 in total.

Are 13,600 jobs in UK-based Japanese automotive suppliers at risk?

So should those 13,600 people be worried about their jobs right now?  75% of those Japanese companies have similar production sites elsewhere in the European Union. So supply to EU car plants could easily shift to those sites.

The 40 automotive suppliers with production sites in the UK can of course continue to supply the UK based car manufacturers, if there is enough demand to sustain viable production levels. There is a theory (blog post here) in the Japanese automotive world that viable production levels require a market of 100 million people, which is greater than the UK population.  Of course UK based car plants are not just supplying the UK, but the EU and in the case of Honda, their Civic model is also exported to the USA and even to Japan.  In fact almost 80% of British car production is exported, the majority of this to the EU.

What were the secret UK government promises to Japanese car manufacturers in the UK?

So the 13,600 jobs are less at risk, if the UK based car manufacturers can sustain their exports to the EU after Brexit.  Which is why there is the concern that a lack of a deal with the EU means 10% tariffs on British car exports to the European Union.  Presumably the secret promises that the UK government has made to Japanese car manufacturers include some kind of bung to ensure that any cost of the tariffs is compensated for.  Whether this is allowed under WTO rules or acceptable to the EU, I leave to the trade wonks.  I suspect the answer is no.  It also explains why the UK government is so keen on the customs partnership solution and max fac.  Presumably they see this as enabling them in real time to have a grip on what is being traded and tariffs imposed, so they can compensate UK car manufacturers accordingly or set up a fast lane for them in processing at the borders.

The quandary facing Japanese automotive suppliers with no UK production base

The UK government presumably also pitched max fac to the car manufacturers as the technical solution to the worries flagged up in the report in the Financial Times yesterday, of delays at the borders disrupting just-in-time supply chains for automotive parts coming in from the EU.  This is why Japanese car manufacturers like Nissan have been pressurising automotive suppliers to set up in the UK, preferably in the new industrial park right by Nissan’s factory in Sunderland.

Weeding through my database, I have identified 33 Japanese automotive suppliers with sales arms in the UK but who do not have production in the UK.  So should they now consider setting up production bases in the UK?  They have to take a view on how likely it is that UK based car production will be maintained after Brexit.  How will the Nissan-Renault alliance resolve itself – will Renault become dominant, in which case, expect French production to be prioritised?  Nissan also has another EU based plant, in Spain. Honda wants its UK plant to be a global hub, but also has a factory in Turkey (which exports car models such as the CIvic to the EU under the EU-Turkey customs union).  Toyota has car plants in France and Russia.

A further complication is that the import and export of automotive components is not just a one off – the same part may go back and forth several times between multiple factories, having solder/paint/other components added.  Concerns about rules of origin and the paperwork involved, and possible delays at the border, along with the car manufacturers themselves essentially saying to suppliers “that’s your problem not ours” might lead a supplier to conclude that the best solution is to consolidate the supply chain within EU borders, until the final moment when the component has to be brought to the car manufacturers’ UK site for assembly.  There might be some more warehouses at the Sunderland industrial park, and maybe some finishing/assembly facilities, but a safer, cheaper bet would be to put most production in Eastern European countries such as Slovenia or Slovakia, which does indeed seem to be what has happened over the past year or two.