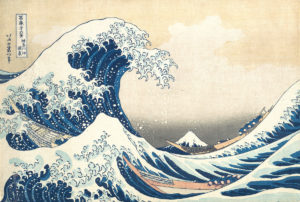 “Don’t give up on expressing your concerns to the British government, but also start putting your contingency plans into action now” was the response from Haruki Hayashi, CEO of Europe & Africa for Mitsubishi Corporation to a question at the end of a lunch seminar in London I attended earlier this month, along with 150 mostly Japanese business people.  The question had been “if we won’t know until October 2018 the likely shape of the agreement between the UK and the EU, won’t it be too late to put our contingency plans into action by then, in time for March 2019?”.

Hayashi’s speech was a geo-political, economic and risk analysis of the impact of Brexit.  He started by hinting that the meeting between Ambassador to the UK Tsuruoka (who was present at the lunch) and the Japanese Chamber of Commerce and Industry in the UK (JCCI UK) that morning had been encouraging – that the ambassador said Theresa May’s visit to Japan had been fruitful in the sense of being a reaffirmation of a common vision on security, economic issues and global partnership and also that there was clear agreement that the EU Japan agreement would be the basis for a quick agreement between UK and Japan.

But then he shared a classic Mitsubishi Corporation political (including security, business environment) risk versus economic impact matrix, plotting the key countries in the EU along with Japan.  Unsurprisingly, he predicted the UK economic impact to decline and political risk to increase from its current position clustered with France, Germany, Japan, Italy, Spain and Poland.

“London is the UK”- and up until now, the UK was the EU for Japanese expats

Nonetheless, from Japan’s perspective, the UK is currently so dominant in terms of Japanese presence in the EU, it will take a while for this to unwind.  I hadn’t realised quite how dominant in terms of where Japanese themselves are located – there are around 207,000 Japanese living in the EU, and around a third of those are in the UK, with 90% of those in England and over half in London.  “London is the UK for Japanese” said Hayashi.  There are around 1000 Japanese companies in the UK, around a third of them are members of the JCCI UK.  This represents 15% of the 6465 Japanese companies in the EU, which is not far from the 16% of EU GDP that the UK economy represents or the 13% of the population of the EU that the UK represents.

The UK also took the lion’s share of Japanese investment into the UK.  Hayashi pointed out here was a big increase in Japanese acquisitions in the UK from 2010, particularly in 2016, with Mitsui Sumitomo Insurance acquiring Amlin and Softbank acquiring ARM (although I see the latter as an investment rather than an acquisition in the sense of integrating or accessing a market).

Japan’s soft power in the UK is very apparent too – Hayashi listed up all the British brands that aren’t Japanese, but are Japanese influenced, like Yo! Sushi, Wagamama, Wasabi, Itsu and Superdry.  And I can testify to his point that the Mitsubishi Corporation sponsored Hokusai exhibition at the British Museum was completely sold out. More British people now visit Japan than Japanese visit the UK – the cross over being in 2011 – 292,000 visited Japan last year, 75% of whom were tourists, whereas Japanese visitors have been at a fairly stable 220,000 to 240,000 a year to the UK.  And British tourists spend more than Chinese tourists – because they stay longer and spend more on accommodation.

Hayashi pointed out how the share of global GDP has shifted over the decades from the traditional West to China and India, and that EU integration seems to be losing pace. Japan can take leadership, to continue to support globalization and rebuild it to include China and Russia.  Hayashi says he was initially rather embarrassed at the coverage his comments about Brexit got in the Guardian newspaper, but now he thinks it was fair, and that as British people do read the newspapers, it’s important for Japanese companies to have their voices heard in the media – for which they need to have a focused message.  “Write to UK ministers about your concerns.  Don’t give up.  Start now”.