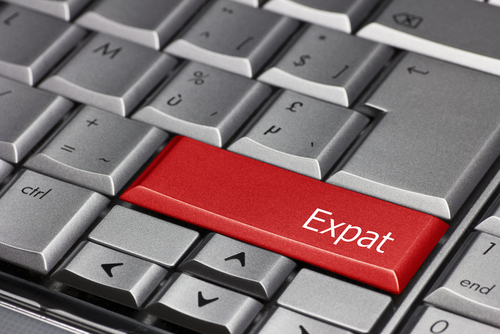 Over 1 million Japanese people are living abroad, according to Diamond magazine, and the number of countries business people are being sent to is increasing each year.  The era when only those who could speak foreign languages were sent abroad is over. However the number of people who want to work abroad is shrinking.  When you ask why people are so negative about expatriation, the most common reason is “worries about my career when I return”.

Diamond gives the example of Mr D, born in Tokyo, who works for an automotive parts manufacturer and had never been abroad – his furthest business trip was to Osaka.  He worked in the domestic manufacturing division  Only his peers who had been good at languages or studied abroad were sent overseas so he never thought the day would come when he would be asked to transfer.  But his company became partly owned by a foreign company and as a consequence some of their executives joined the management team.  The President declared that he would like 30% of all employees to have had some kind of overseas experience, and that this was essential for the survival of the company.  Mr D is waiting for his orders to go abroad.  So far, none of his peers have refused the offer.

According to a global survey by UK recruitment company Hydrogen, the most popular destination for expatriation is the US, then the UK, Australia, Singapore and Canada.  However by far the most rapid increase in expatriation is to Asia.  Particularly for manufacturers, countries where there are factories are the most likely, so in Mr D’s case, his destination is likely to be Indonesia or Thailand.

But even if it was Europe or the US, would Mr D’s anxiety disappear?  To Mr D, it makes no difference – all regions are “foreign”.  Why did Mr D join a company where there was a high chance of being expatriated?  It turns out it was the only company out of 200 that he applied to that made him a job offer in the post Lehman Shock recruitment Ice Age, so Mr D lied about being willing to go abroad.

Another reason for not wanting to go abroad is that most companies will refuse to set a time limit on how long the expatriation will be.  This is due to the fact that they do not know how long it will take before the expatriate becomes effective in their job in the overseas subsidiary.  Usually this is around 3-5 years.  But sometimes expatriates end up overseas for more than 10 years, and the expatriation has become a “one way ticket”.

Mr D worries that even if his stint abroad is only 3 years, it will still be a “blank” in his career development.  Particularly as there is major restructuring going on in the domestic operation and new products will be developed and old product lines disposed of while he is away.  Staff who were working on products that were thought to be the heart and soul of the company found themselves being sidelined to “window gazing seats“.

Mr D fears not only that he won’t be able to return to his own division but that by being abroad for 3 years he will miss out on the new technologies being developed in Japan.

Rather than forcing Japan HQ staff to become more “global minded” by sending a large number of them abroad – an expensive and high risk strategy I would argue –  why not bring more overseas employees and managers to Japan for short term secondments so they can absorb enough HQ knowledge that they can transfer to the local factories themselves when they return?  If more non-Japanese employees work in Japan then the HQ will get used to being more globally minded.  It would then only make sense to send Japanese HQ staff abroad who are clearly marked out for senior global management roles, so that their expatriation is seen as a career development step rather than a blank.