I asked the chief executive of a British firm tha 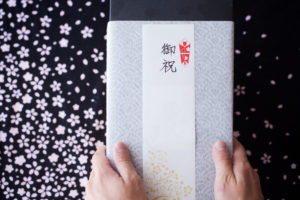 t had recently been acquired by a Japanese company how the relationship was developing between her and the senior management at the Japanese headquarters. It was great to hear that she felt trust had been established and that she had reached the point where she felt she could say no, and as long as she gave good reasons, her view would be accepted. The real clincher for me was when she mentioned that one of the Japanese directors had brought a present for her when he visited the U.K.

Gift giving is one of the trickiest parts of Japanese business

Or maybe I’m reading too much into this. I find gift giving one of the trickiest parts of Japanese business life. It is an integral part of Japanese non-verbal communication, so the meaning is often not at all clear to non-Japanese. Sometimes, there is not much meaning at all – it’s just an automatic gesture. Yet anyone who does business in Japan knows gift giving is part of the giri obligation/debt reciprocation culture.

When a senior Japanese executive of a company to which I act as a consultant gave me a beautiful scarf last month, I wasn’t sure what to make of it, as we had never met before. Neither of the other two (male) consultants from other companies was given a gift. So maybe it was just gallantry. Or it could mean he was hoping for my best efforts and advice to his company over the long term. One of his colleagues told me “he just wanted to show off the products of our company.”

Once a gift is given to you, you have to reciprocate

Once a gift is given to you, you do of course have to reciprocate. I dithered for a while about the scarf, and in the end I decided to be British and write a nice thank you card.

Gift giving is more straightforward between employees of the same Japanese company. Whenever I visited my Japanese headquarters from the London office, I would line the bottom of my suitcase with boxes of tea from Fortnum & Mason. “Divisible, edible, local” was my mantra, with a gift for each team I was to meet and some to spare, just in case. My London colleagues were not as big fans as I was of the adzuki bean paste cakes we would get from HQ visitors in return. But as I said to the European staff in a company recently acquired under rather tense circumstances by a Japanese firm: “Once the shortbread and rice crackers start flowing back and forth across the oceans, you know relations have improved.”

Even so, it is difficult to know how to deal with big personal debts inside Japanese companies when the routine box of cookies just won’t cut it. To say thank you for a recommendation he wrote for me, l once gave a couple of bottles of vintage champagne to one of my most important mentors in my Japanese company. But this turned out
to hit entirely the wrong note, not least because he didn’t really like champagne. My (much cheaper) present the next year of a paperback book on a topic I knew he was interested in was far more warmly received.

This article by Pernille Rudlin originally appeared in the Nikkei Weekly.  This and other articles are available as an e-book “Omoiyari: 6 Steps to Getting it Right with Japanese Customers”.  For more on Japanese etiquette, subscribe to the Japan Intercultural Consulting monthly newsletter giving you access to further Japan Intercultural Consulting online resources on Japanese etiquette and other aspects of Japanese business here.