Top 30 Japanese employers in the Netherlands 2022

by Pernille Rudlin in Japanese business in Europe, M&A, Working for a Japanese company

While there is no doubt that Japanese companies have expanded at a very high rate these past few years in the Netherlands, measuring this in terms of numbers of employees or companies has become increasingly complex. 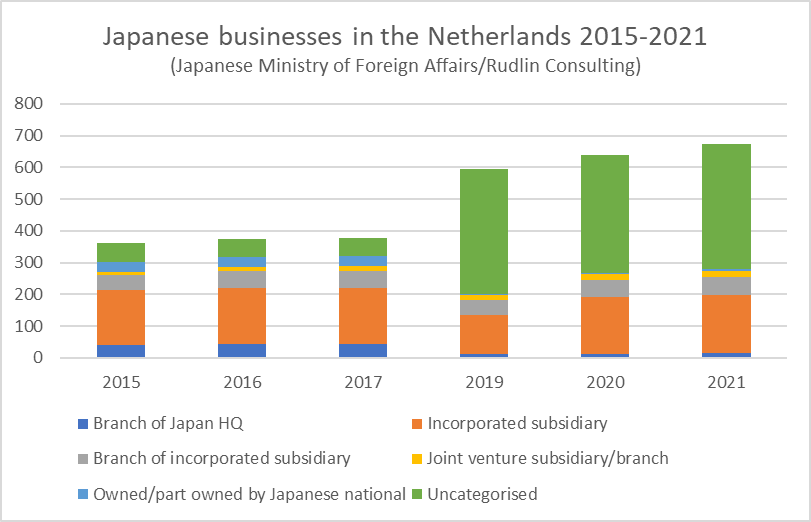 Partly this is due to the large proportion of potentially “brass plate” type Japanese companies, with no employees in the Netherlands – often the regional holding company for a group of companies. Partly it is due to the lack of disclosure – information on companies in the Netherlands does not seem to be as readily available as it is in the UK, where data on Companies House can be freely accessed.  As a result, even when an employee figure is disclosed for a Japanese company in the Netherlands, it can sometimes turn out to be the employee total for the whole of the European or EMEA region. The Japanese Ministry of Foreign Affairs data also shows this in the large number of Japanese companies it labels “uncategorised.”

With those caveats in mind, we have attempted a Top 30 largest employers for the Netherlands (which can be downloaded for free below this post). If you would like a more detailed, company by company analysis, giving all 123 companies within the 30 corporate groups, and their size where available, this is available as a pdf for £9.99/€12.  Please contact us for payment via PayPal.

Look out for the regional headquarters

The pdf also indicates whether a company is the regional headquarters. Whether you’re targetting Japanese companies as 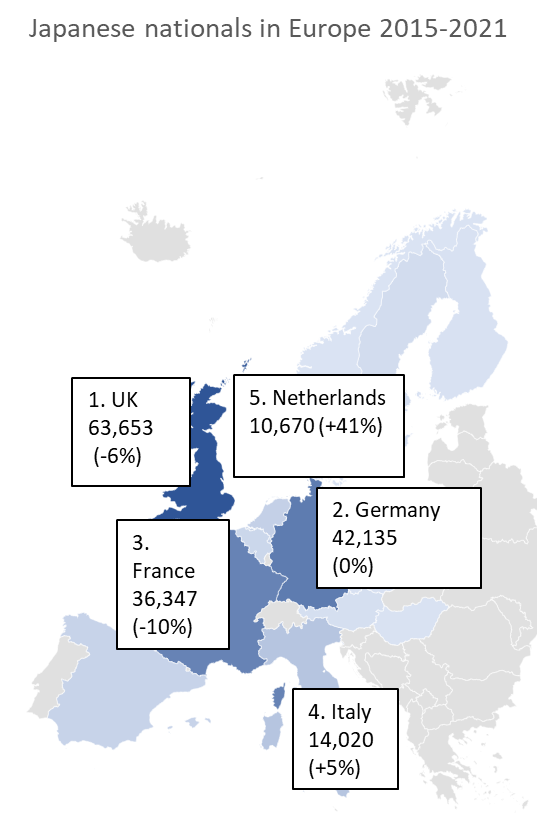 potential customers or employers, it is important to understand this, as the regional headquarters tend to be where the decision makers, big budgets and the most interesting career paths will be based.  The number of Japanese expatriates in the country is also an indication of where the decision making influencers are. Although the Netherlands is only the 5th largest host of Japanese nationals in Europe, after the UK, Germany, France and Italy, this number has grown 41% since 2015.

Services is the growth sector

It’s also useful to know which sectors and companies are growing – for the Netherlands the main focus is services – financial services such as Orix (who acquired Dutch asset management company Robeco), logistics companies such as Yusen Logistics, in the NYK group, and recruitment and staffing companies – Outsourcing Inc and Recruit Holdings have both grown rapidly recently through acquisitions of Otto Workforce and USG People.  Mitsubishi Corporation shot to near the top of the Top 30 with its acquisition of Dutch energy company ENECO in 2020.

As a result of this growth, we estimate there are now around 566 Japanese companies (excluding minority stake holdings and brass plates with no employees) in the Netherlands. The Ministry of Foreign Affairs data records 673 Japanese businesses (including joint ventures, equity stakes), an 86% increase on 2015. 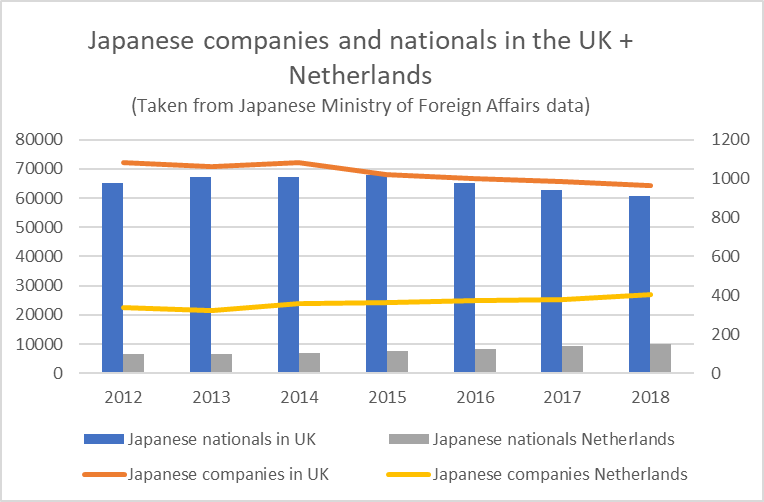 Click the link below for a free pdf download of the Top 30 largest Japanese employers by company grouping in the Netherlands: