by Pernille Rudlin in Corporate culture

Most countries have rival cities – usually the official capital city versus other cities which consider themselves to be the real business, historical or cultural heart of the country – think London versus Manchester or Birmingham, Berlin versus Dusseldorf or Frankfurt, Rome versus Milan, Madrid versus Barcelona.  Japan is no exception and the rivalries go way back into history.

Kyoto used to be the capital of Japan, before Tokyo (or Edo as it was then) began to usurp it in the 17th century.  If you ask Japanese people today about Kyoto, they joke that Kyotoites still think Kyoto is the real capital of Japan, and the Emperor is just temporarily visiting Tokyo (he moved there in 1868, when Tokyo became the official capital) – and will return one day.

Tokyo literally means the Eastern Capital and is part of the Kanto region, where the ruling feudal Tokugawa shogunate was based from the 17th century.  Kanto means East of the Barrier (usually considered to be the Hakone checkpoint) and Kansai – the region where Osaka, Kobe and Kyoto are based – means the West of the Barrier (originally the Osaka Tollgate).

Before Kyoto’s reign as capital for a 1000 years, Nara (also in the Kansai region) was the capital and seat of the Emperor but is now a quiet backwater, more visited by tourists than business people.  Kobe is the other main city in the Kansai region – a port with a strongly cosmopolitan feel and very close to Osaka geographically.  Whilst Kyoto remains aloof and quietly superior (and has some very successful high tech companies of its own such as Kyocera and Nidec), the real battle now in business culture is between Osaka and Tokyo.

Osakans see Tokyo as standardizing, dull and full of bureaucrats and view Osaka (which historically had very few samurai but plenty of merchants) as the real money maker, with vastly superior food.  Many of Japan’s celebrities, comedians and musicians come from the Kansai region too.

So what does this mean for corporate cultures?  Osaka companies often have merchant roots – the joke goes, when you meet an Osakan, you don’t ask “how are you” (ogenki desuka) but “how’s business” (moukarimakka).  To which the correct response is “bochi bochi denna” – a wonderfully vague way of giving nothing away, like saying “plodding along nicely thank you”.  Osaka companies are brash, tough negotiators and mean with the money.  “They’d skin the fleece off a gnat” said one British engineer to me, describing his colleagues in the Osaka HQ of a consumer electronics company.

Tokyo companies are gentlemanly but at the same time highly political.  You need to have a good understanding of their organisation, the factions and the individual relationships to understand how to get things done.  Mitsui and Mitsubishi, both Tokyo based corporate groups, are distinguished by the saying “Mitsui  is people – Mitsubishi is the organisation”.  It’s hard sometimes to understand how exactly this is different, but it seems to boil down to the idea that if an individual is powerful enough at a Mitsui group company, they can get things done, whereas at a Mitsubishi group company, the whole organisation has to support an action.

The other main corporate groups, Sumitomo and Itochu, are Kansai based companies.  Both have strong “mercantile” roots – Sumitomo in metals trading, hard-nut, conservative and domestically focused and Itochu – strong in fashion and consumer goods, and seen as the more maverick, progressive and international in outlook.  The regional cultural differences don’t seem to have been that strong between Sumitomo and Mitsui as various mergers have taken place between their respective member companies, particularly in financial services.   However regional cultural differences have definitely had an impact on Astellas Pharma, the product of a merger between Yamanouchi (Tokyo) and Fujisawa (Osaka).  Apparently many Fujisawa employees were horrified that Yamanouchi was going to be the dominant partner in the merger.  Fujisawa had a strong tradition of innovation and had regarded Yamanouchi as “Mane-nouchi” (Mane = imitation) – a bunch of play-safe Tokyo bureaucrats.

Those who know Japan well will have spotted that there is an important region missing from this analysis – Chubu.  Literally and metaphorically this is the midlands of Japan.  Just like the Midlands in the UK it is the historic heart of the car industry.  Nagoya is the main city, and teased just as Birmingham in the UK is for being ugly and soullessly modern.  The area has the last laugh though, as it is the most wealthy in Japan – thanks to the enduring success of Toyota (so mighty their home town was renamed Toyota City) and its corporate group of suppliers such as Denso.

So, where are the top 30 Japanese companies in Europe from? 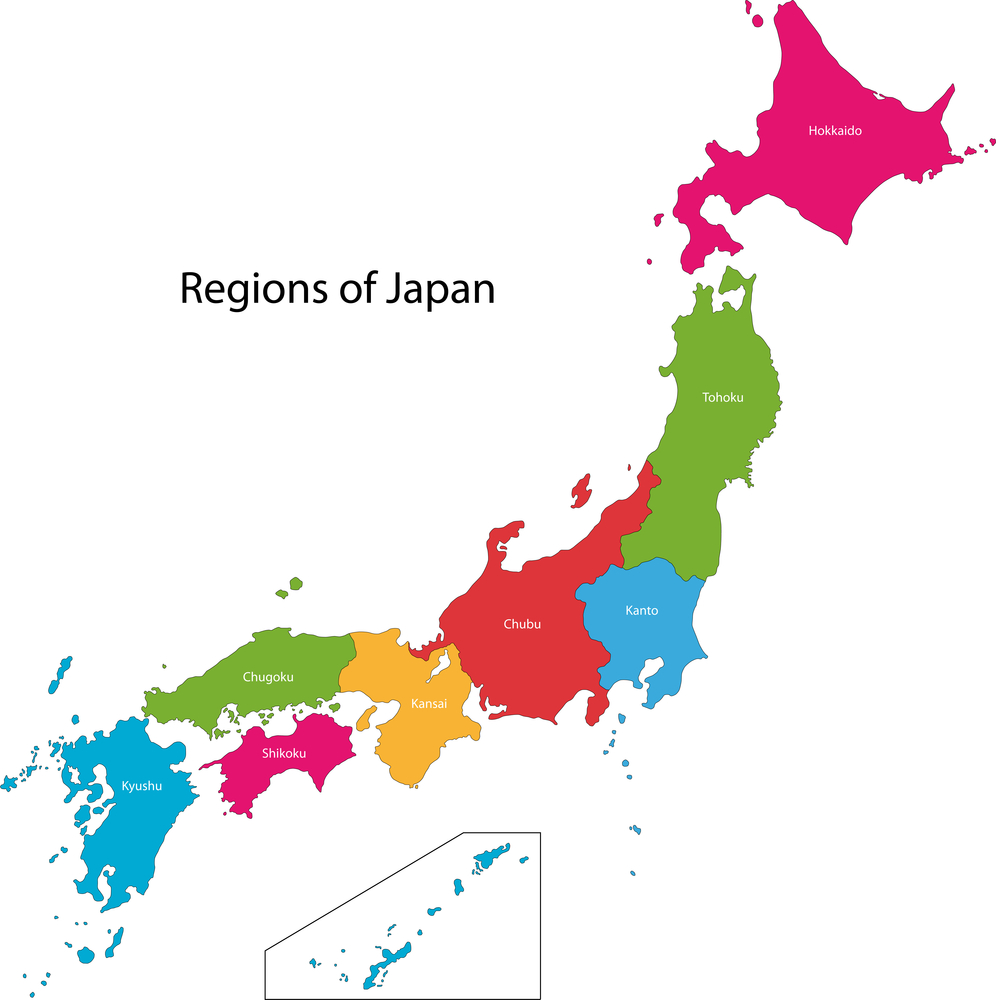